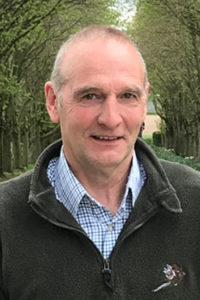 November 22nd 2019 saw the retirement from the E. Reed & Son business of long standing Arable Manager, Mike Tuplin, after 43 years of continuous service.  Mike joined the business on 6th June 1976 as a young man aged 18 years keen to forge a career in farming.  He certainly achieved that and spent his whole career working in the business, rising up to become Arable Manager in his early 30’s and leading the arable team through to his retirement this year.  Throughout his professional career Mike has been a tremendous asset to the business and has been truly appreciated by the partners and the Dewhirst family as a whole.  Mike was a first class “right hand man” to Jim Dewhirst for many years and this experience and technical knowledge was a huge support to the business and the family in the year’s following Jim’s premature passing.

Not only did Mike begin a very successful professional career at Field House Farm, but he also met his future wife, Fiona Richardson, there.  During that time Fiona was working as a nanny, helping look after some young Dewhirst’s.  Mike and Fiona married in 1984 and produced 2 daughters, Gemma and Charlotte.

Mike will be sorely missed by the business and all those he worked with, but he has certainly earned his retirement and everyone at the Dewhirst Farming Group wishes him a long and happy retirement.  Thank you Mike.